A series of choreographic studies using the Kinect to explore movement in three-dimensions, movement over time and movement through distortion, as well as new modes of interaction between dancers and musicians. We have created a series of software “tools” for capturing and manipulating Kinect footage of a live dancer through sound and gesture cues. With these tools, we produced a set of pre-recorded videos that explore each of these tools in a short choreographic “study.” Each study touches upon a different aspect of using visual imagery to underline and transform the live dance performance. Themes explored include: abstraction as a method of distilling movement, accentuation through distortion and animation, moving sculpture, sculptural groups, movement in three dimensions, tracing movement through painting and drawing and finally, capturing movement through stills. We also begun to experiment with manipulating the abstracted, 3-D Kinect imagery through sound as a way of visualizing the interaction between musician and dancer.

A project in collaboration with Mimi Yin and Christine Doempke 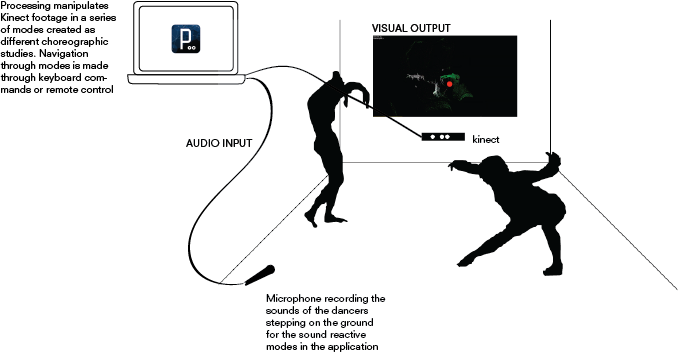 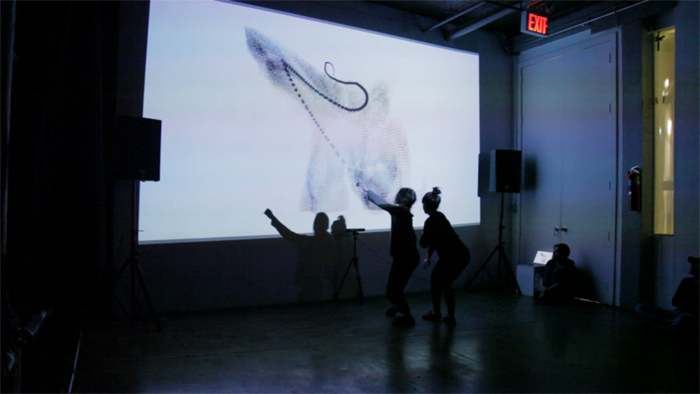 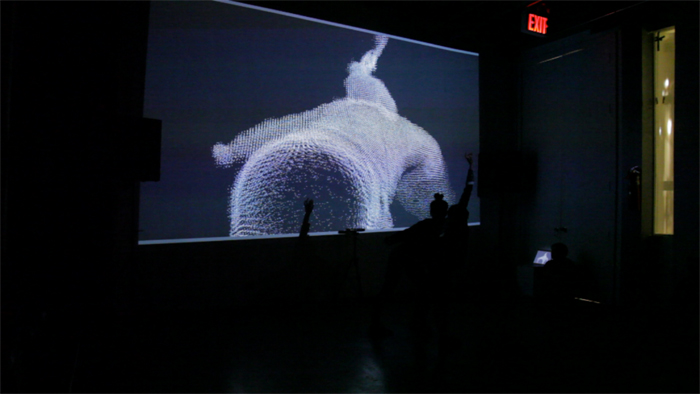 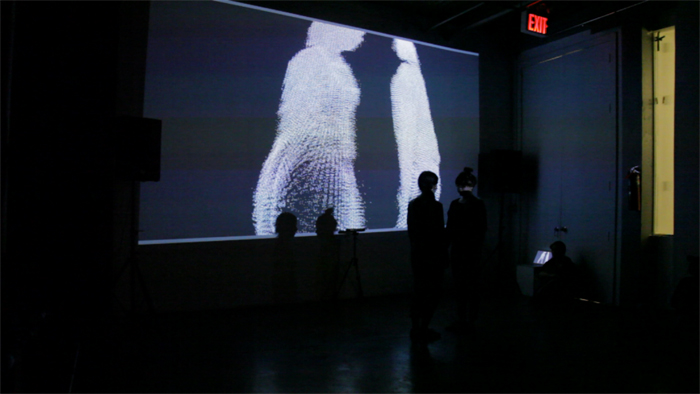 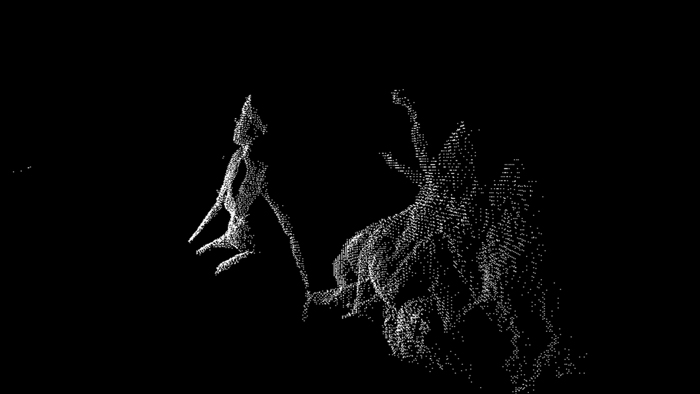 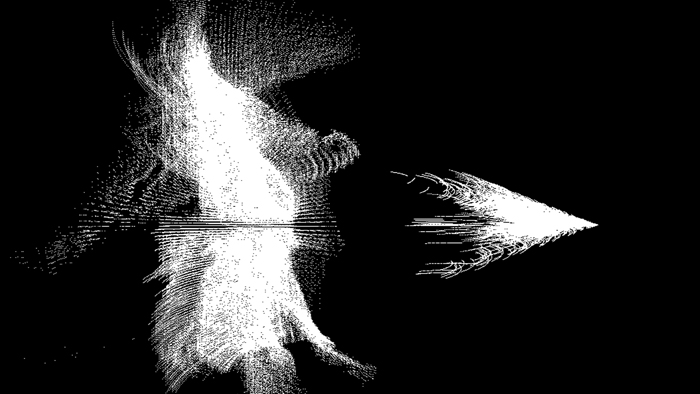 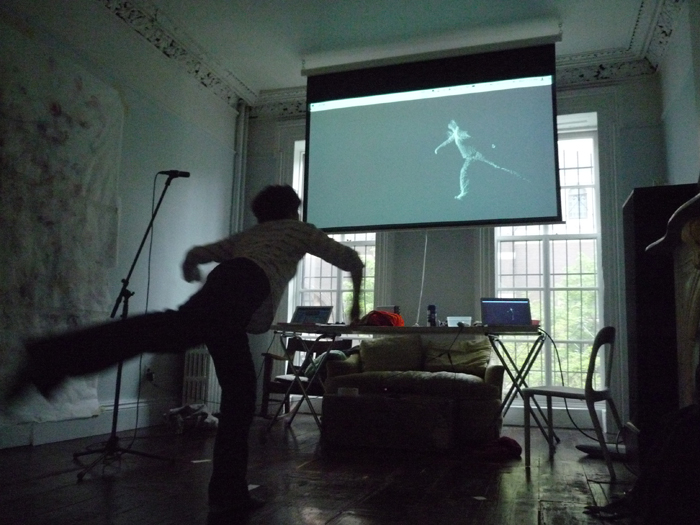 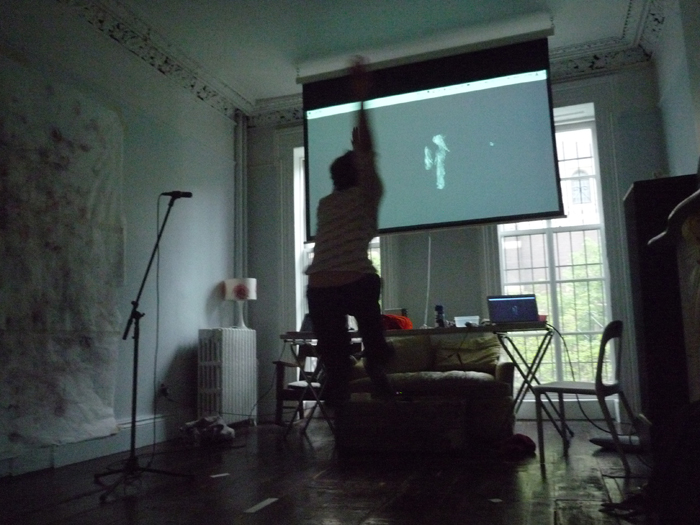