Participatory installation that explores the theory of blinks and synchronicity.

While editing the film The Conversation, film editor Water Murch noticed that oftentimes while putting a scene together, he would mark a cut whenever the actors in the scene blinked. He thought the idea so peculiar that it became the basis for his book, In the Blink of an Eye: A Perspective on Film Editing.

Two cameras installed on the helmets of the users mark their blinks as they stare at each other. From the headphones, the participants hear the tones from beat frequencies that are controlled by the synchronicity of their blinks. If the blinks are in sync, one hears a single, pure tone. Whenever the syncs are off, the tones will slightly shift producing a beat frequency effect.

Project in collaboration with Lia Martinez 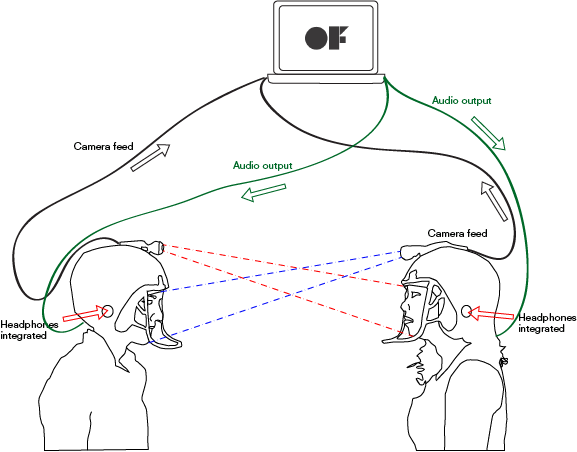 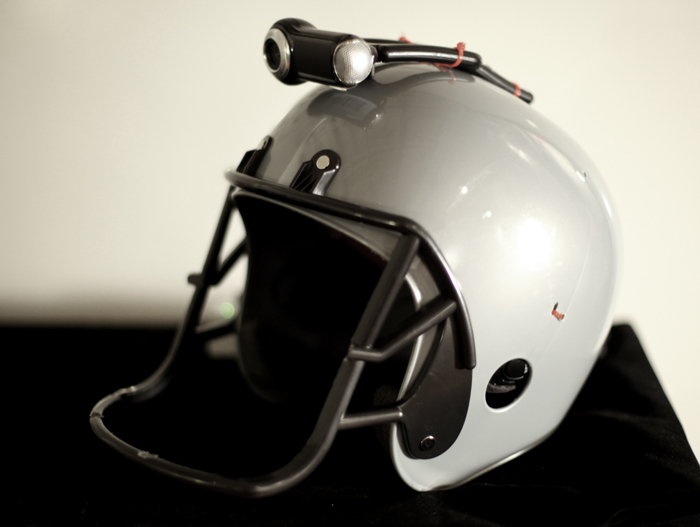 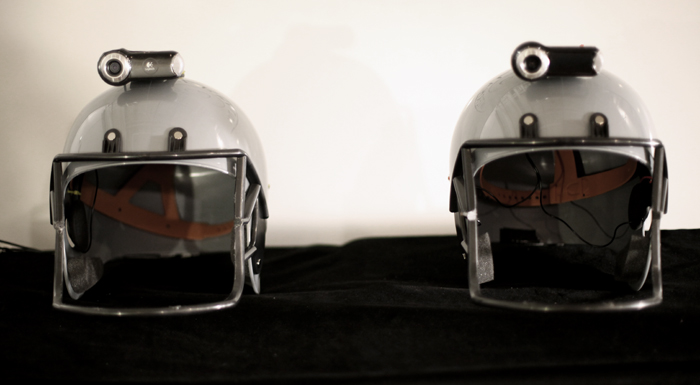