As a performer, I am interested in different ways to create and control audio, visuals and interactive elements that are generated in live situations. Concerned also about the aesthetics and physicality of digital controllers in electronic music, where the relationship between interaction and output is usually unrelated, I developed an interface where the relationship of my body-movements and the output in screen are much stronger. 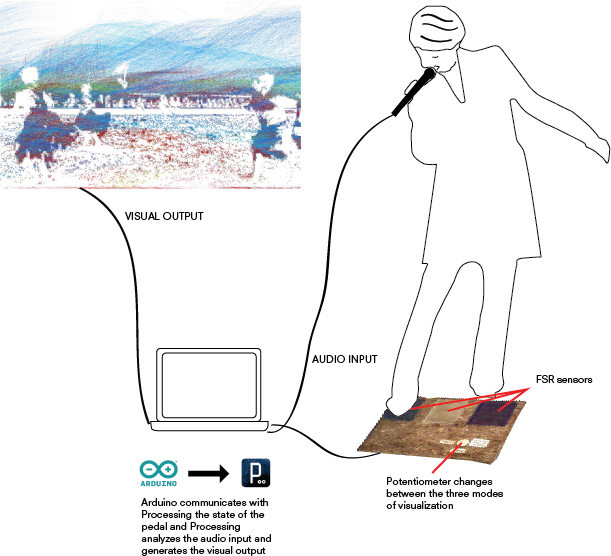 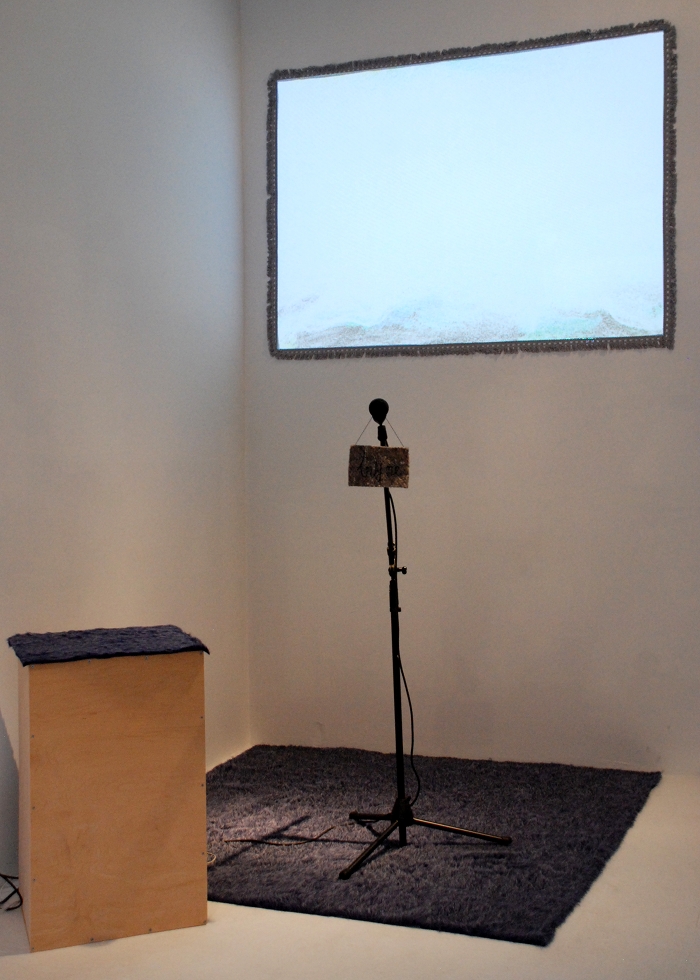 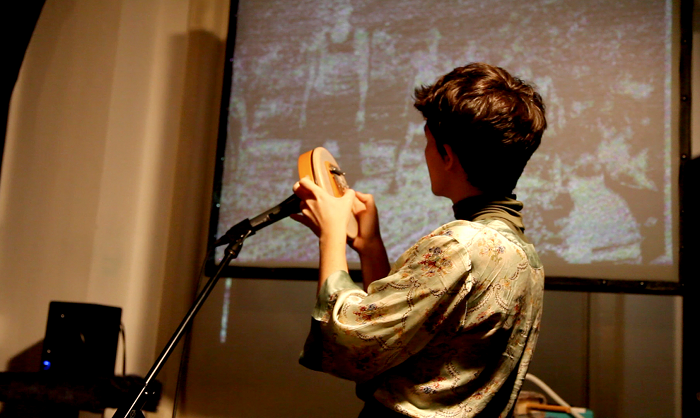 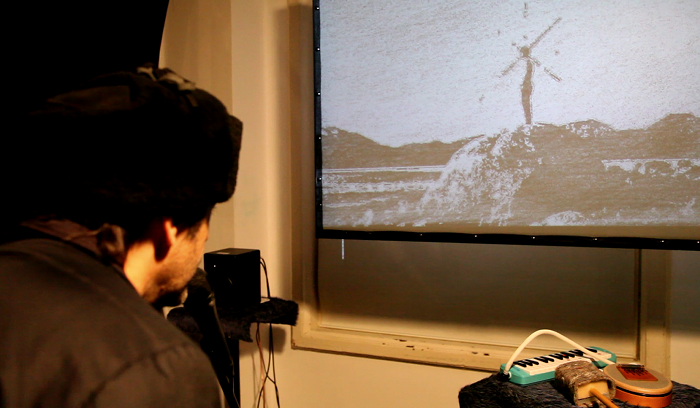 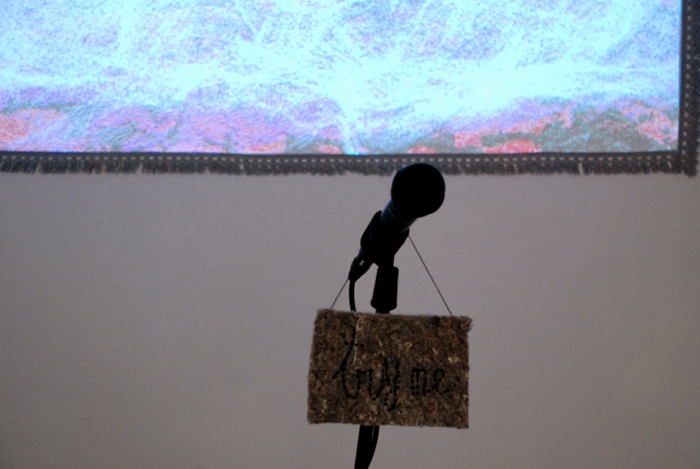 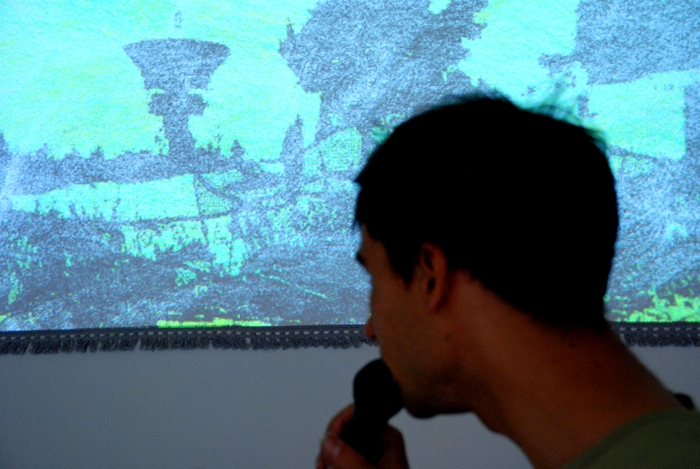