Espongina is a gestural controller using water and wood to produce sound through interaction with audio software.

The initial drive to create this instrument was to try combining water with electronics, two elements that are normally kept separate for obvious reasons. I was also interested in exploring how the behavior of water could be translated into specific sounds or effects.

Since waterproof piezos are the only sensory mechanism in Espongina, this controller is all about vibration. The piezos pick up vibrations from the movement of the water inside the wooden bowl, and from the physical contact of the performer with the wood, whose richly textured surface becomes a score that is explored in every improvisation. Even the ambient environment, which varies from performance to performance, initiates vibrations which the sensors pick up. These vibrations are processed and mapped to different parameters that generate sounds in softwares that will be delivered to us through a sequence of vibrations in the speaker.

Espongina belongs to Ramona, a series of interfaces that aim to enhance the expressiveness of electronic music performance through a series of specific gestures and new materials.

The project was created to offer an alternative to commercial hardware for electronic music performance, where physical movement is highly restricted by traditional dials and switches. Ramona, by contrast, requires the performer to engage her whole body to generate the audio onstage. 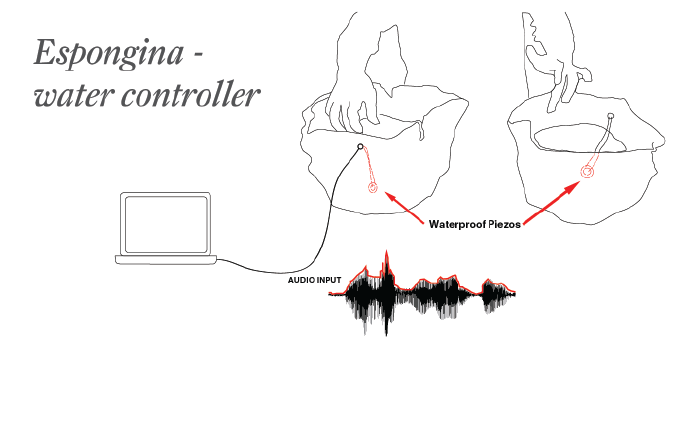 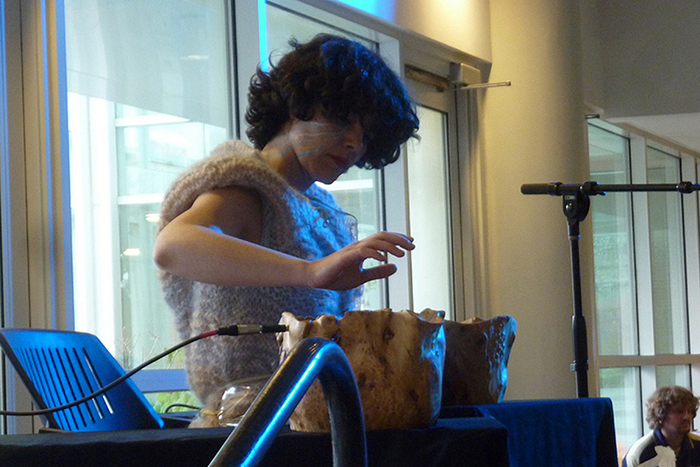 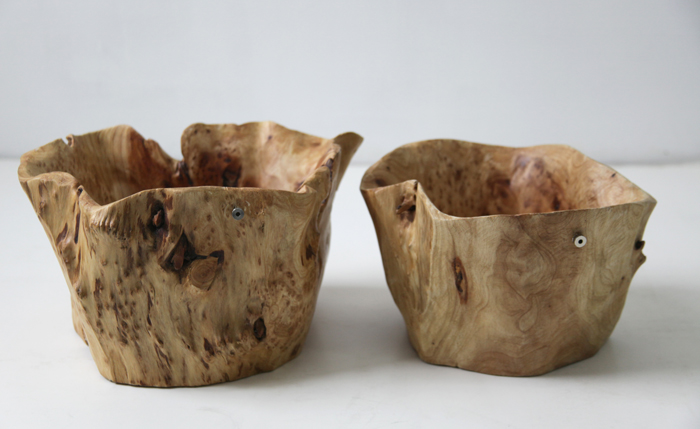 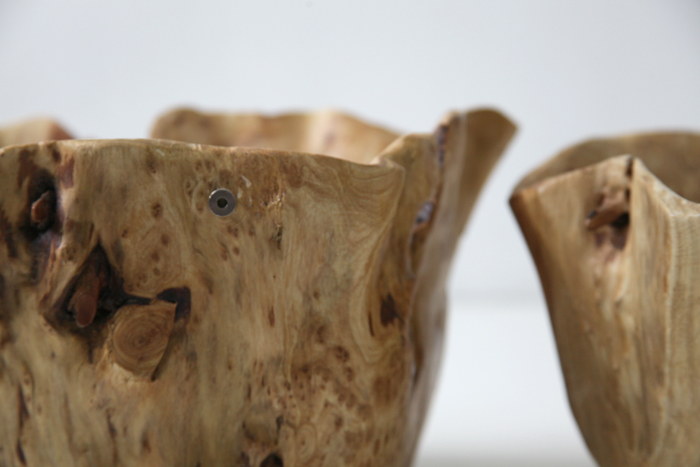 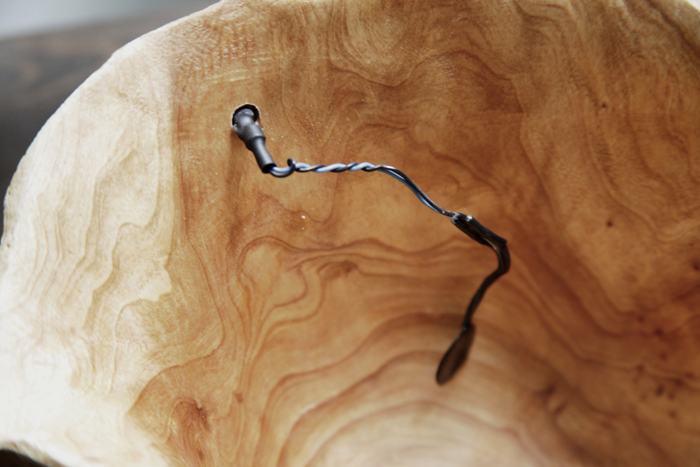