Participatory performance that gathers the city’s seasoned and casual cyclists to perform a piece for bicycle bells. Riders travel through a selected location, following a score transmitted from the lead bike via a special helmet pre-programmed with lights that cue bicycle bells of different pitches. Through the piece, riders collaborate with each other and generate music that interacts with the soundscape of the area.

This video features the BLINK premiere in New York, 2013:

One of the conductor’s helmets: 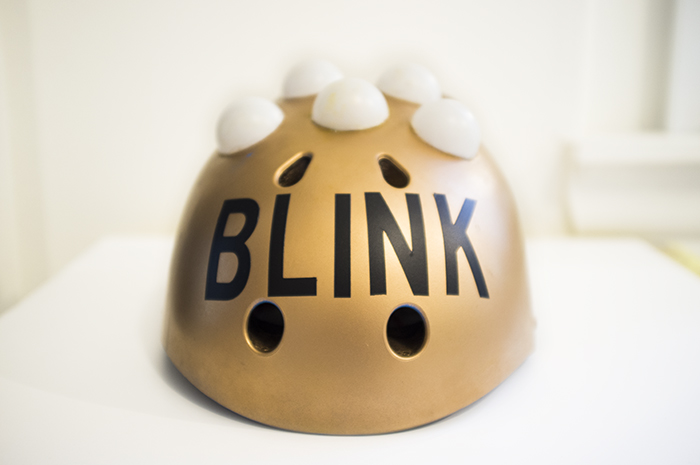 To compose the symphony, I sampled the sound of the bike bells to be used in the performance, then created an arrangement with them using a variety of software. Once finished, the composition was translated programmatically into patterns of colored lights, which were broadcast from the conductors’ helmets as a score for the riders during the performance.

These images are from the first performance in New York: 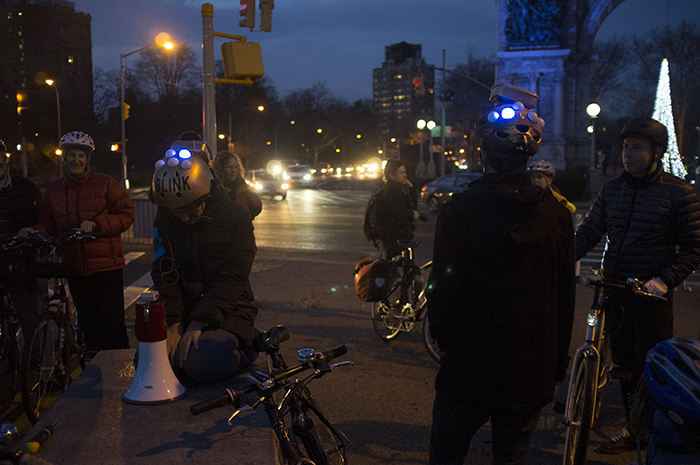 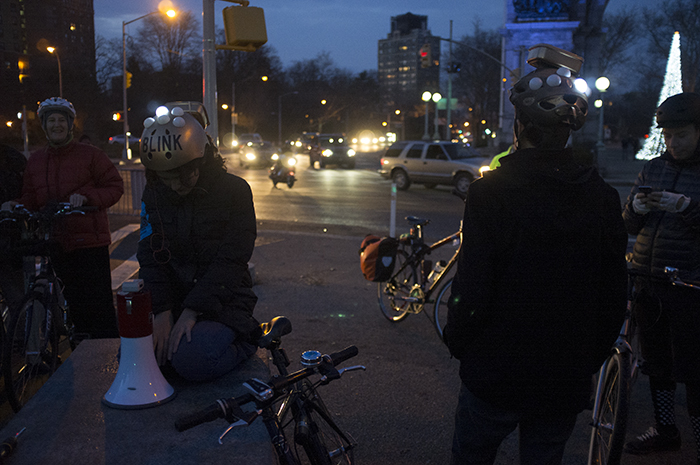 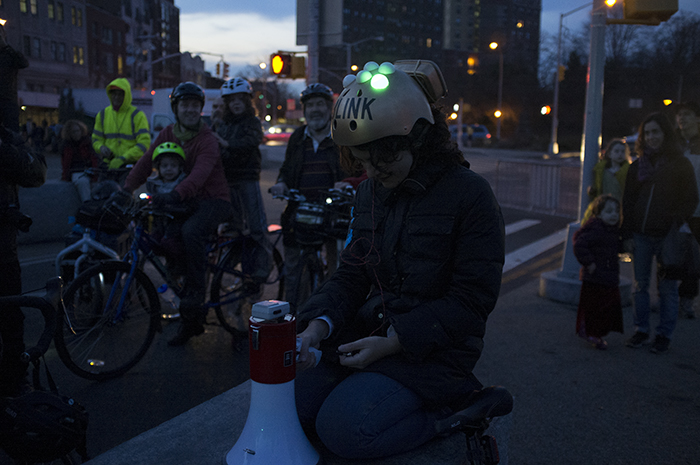 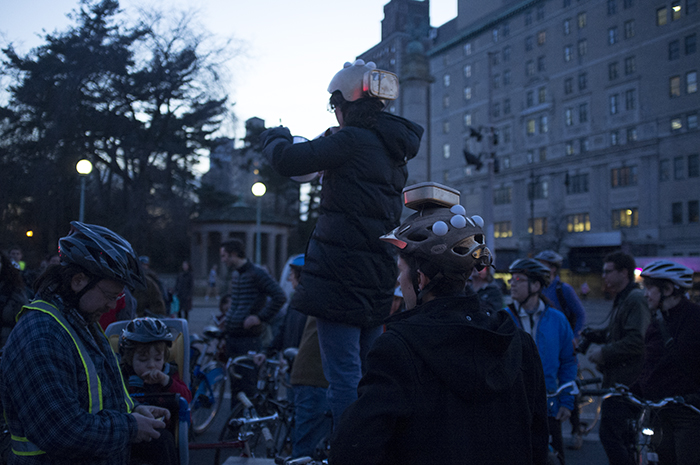 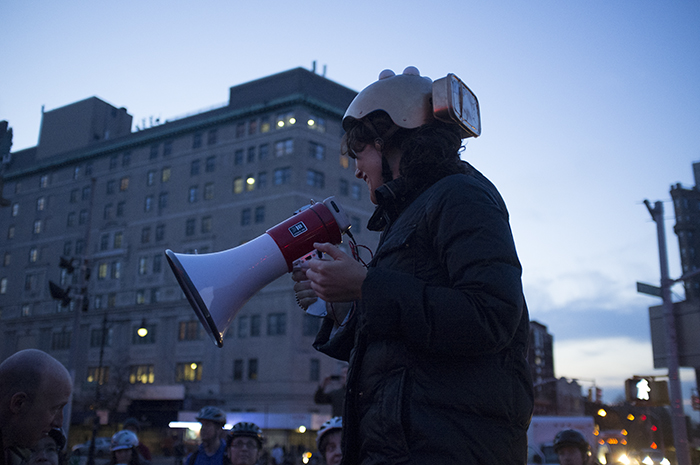 Images from the performance in Santiago de Chile, December 2014: 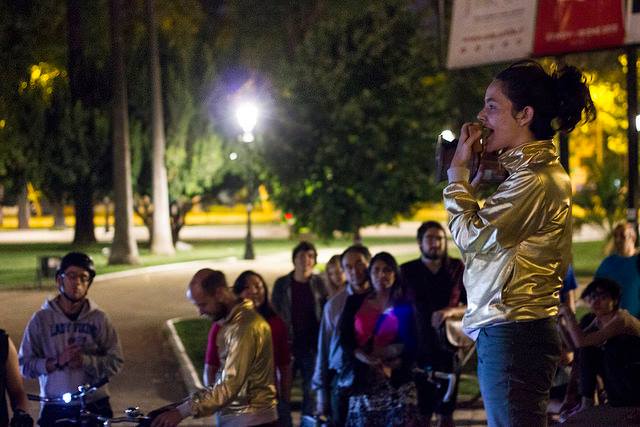 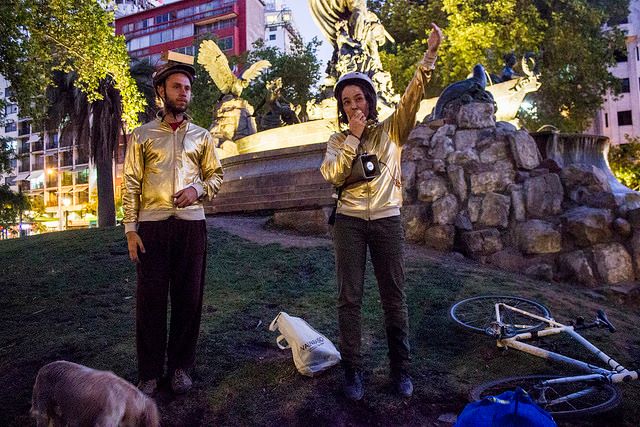 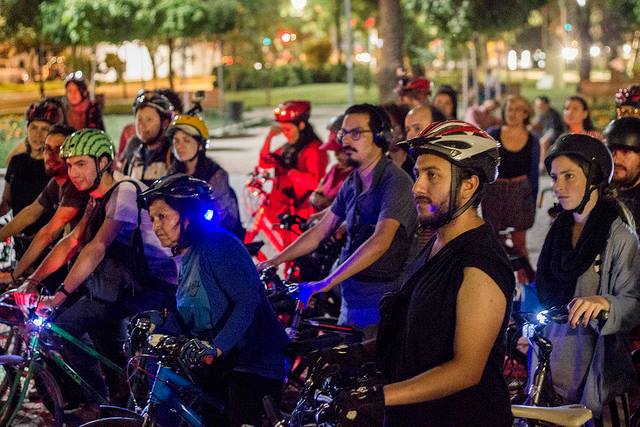 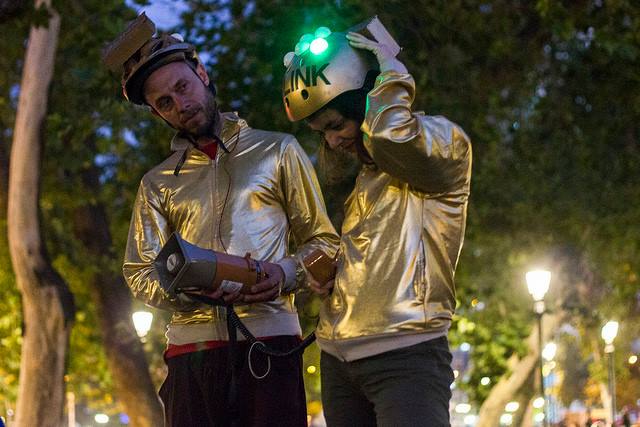 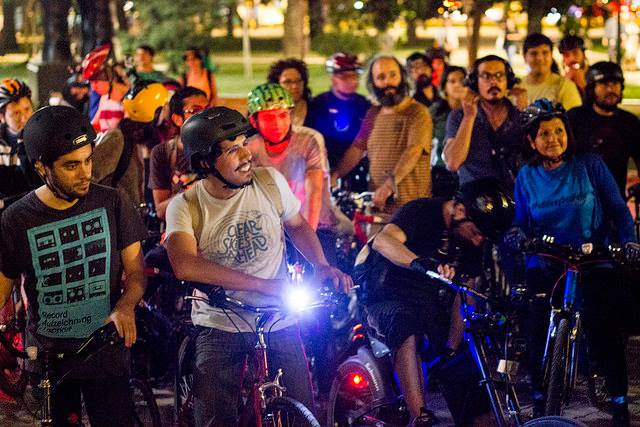 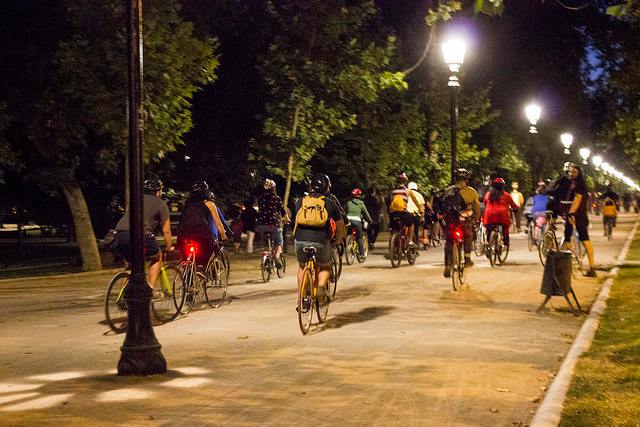 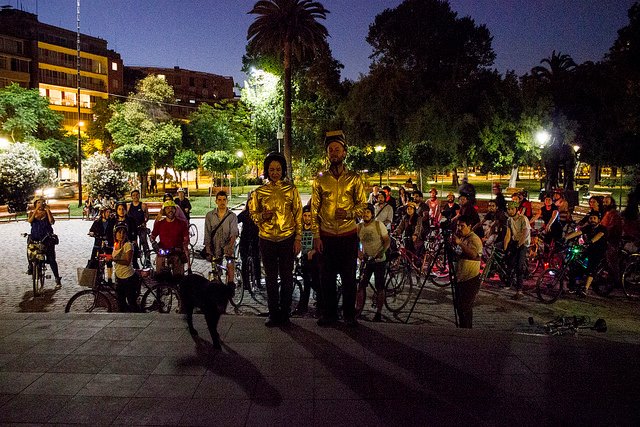 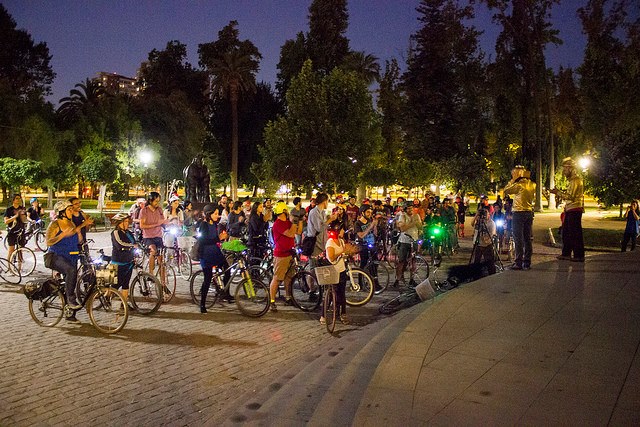 The Chile performance concluded in the square of the Contemporary Art Museum in Santiago. The piece was followed by a participatory sound improvisation, conducted by gestures, for the riders as well as the additional crowd that had assembled there without bicycles or bells: 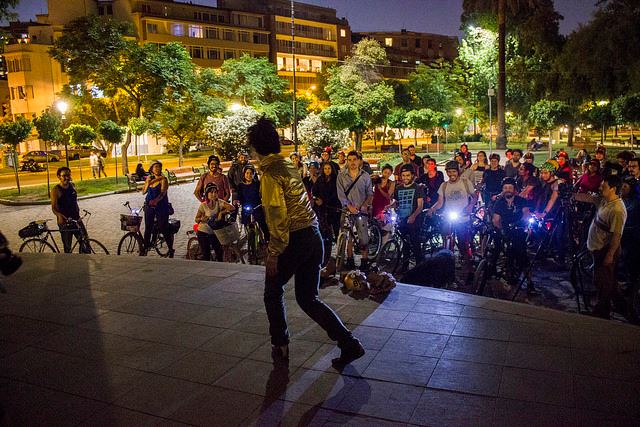 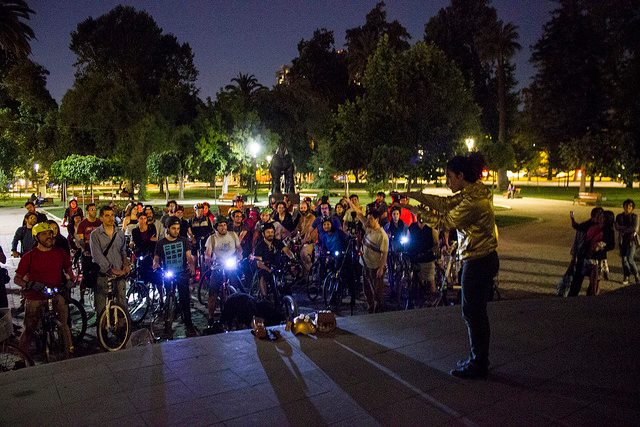